Memory problems have continued to plague my train of thought.  At the start of recovery it appeared that it was a simple case of losing the majority of the past decade with the decade prior to that one being something a little more than hazy, but it is now apparent that this is not just a simple case of amnesia,  it is more than that as it affects my day to day living in much of what I do.

Early warning signs came in just doing the simple things such as making a cup of tea.  For most people this is a long established routine that they can carry out without second thoughts, almost a sub-conscious series of steps, but for myself I had to break this down into each step and even then there was no guarantee of a successful outcome.  People have different taste and therefore each cup would need different mixes of milk and sugar, but before I got to that stage I would need to consciously think about how much water was in the kettle, whether there was enough water in the filter to refill the kettle, how much to add, all the typical things I had one before without a second thought.  Still things would not go as they should, one of the most common things for me was to finish adding milk to those required, reach up and open the cupboard above me and have the milk half way there before realising that the milk was not going to go into the the crockery unit but the fridge several metres to my right.  Most people would note the first experience and not repeat this kind of mistake again but for me it happened time and time again.  There was also getting the number of cups needed correct, having made not only one less than required but even one more, the number that required sugar, actually putting tea bags into cups, and a host of other things that could go wrong, not just once but time and time again.  We reached a stage where we bought an kettle that would boil one cup of water at a time, and still I managed to boil a cup of water twice without changing the cup underneath. 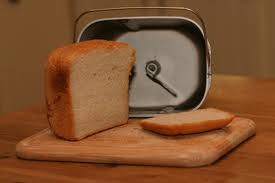 These problems are not just confined to drinks in as much as I have managed to make errors in the simple task of using the laundry machine, often putting powder in the fabric softener tray, and even to the extent of forgetting to select the machine programme or in several cases returning to the machine some time later to find I have not turned the power on in the first place.  The amount of bread I have cremated when making toast is now beyond a joke, just smile and don't let it get me down, fortunately I haven't burnt the house to the ground yet, although I have ruined dinner. It is now three years into recovery and things are falling into place, which basically means I still get it wrong on numerous occasions.  Right now I am struggling to remember what I wanted to say, this is possible going to be the shortest incomprehensible blog I write. 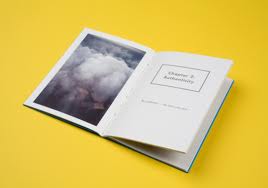 Much of the advice available to tackle this is about taking notes, not unlike a 'to do' list.  There are several reasons that this fails to satisfy my needs particularly well.  When I am given something to remember a part of my brain is telling me that the information is short or it is a simple item to remember therefore I do not need to make a note, the problem here is that I can and have at times forgotten what was said within seconds, other items such as making the tea would become quite laborious if I followed a list of instructions from notes so as to take an inordinate amount of time to complete the task.  Taking notes then in itself is fine for people with full faculties of mind but for a person with Acquired Brain Injury or damage it is not always the answer, as I have tried to explain on several occasions I have to remember to make the notes in the first place. 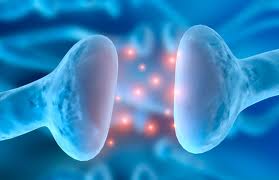 Distractions are a major source of problems for many things that I try to do.  Following a recipe, for instance, should be straight forward but if I am engaged in conversation and I need to get the information across accurately then the 'Overload' on my brain almost inevitable means something will go wrong.  Even this morning while talking bicycle set up I almost missed adding water to a bread mix.  Many people will have trouble comprehending how it can be so easy to make basic errors on simple things like this, but for me this is an everyday part of life I have to deal with.


Yes, I have a white board in the hallway with important numbers and dates, where it can readily be seen every morning if I remember to look!  Yes, I have a desk pad by the PC and phone to scribble notes but if I'm concentrating on what is being said in a telephone conversation or reading a web page I'm concentrating on it doesn't always happen.  I have two note books to hand, one for special use and one for general needs but the notes I need to make do not always end up in them!

As I once tweeted- whiteboard in hall, desk pad next to PC, notebook to hand, still forget note to self!

Posted by Lorraine and Richard at 10:15