The problem with Encephalitis is that there is not one problem.  Unlike many others the body is as intact as it was before the illness, it is the brain that has been affected.  Many disabilities will cause physical problems but leaves the person with full faculties of mind, Encephalitic infections destroys the cells that make up neurons and other bits robbing one of the ability to process incoming data properly, and this goes across as many senses and memories as the destruction reaches.  The intensity seems to have no rhyme or reason to it that I have been able to fathom out, often seeming to do it's own thing, but I suspect it may have to do with the amount of mental reasoning or processing my brain is trying to complete.  I have read that there is a question as to whether the headaches experienced by survivors is related to Encephalitis, and to be honest I don't know about that, what I do know is that since I came back from the drugged state I have never been free from the pain.  While it is permanent I am grateful that it varies in intensity.  This means I am not in a permanent position of holding my head while bed-bound. 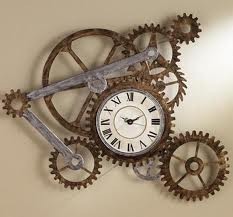 One of the first Challenges I faced was trying to communicate what level of discomfort I am in at any given time with members of the medical profession.  It is customary for doctors or nurses to try and get an idea by asking the patient to indicate based on a number usually out of ten.  This works for most people who still have the ability to think on a normal level but doesn't work for me.  I found myself struggling with what seemed like a vast range of 1 through to 10  in which to try and plot my headache, in fact it almost defeated the object as knowing they were waiting on a reply and trying to pin a number down was causing more stress and increasing the intensity.  I had to find a way to communicate this without causing problems.  As I could see things I was trying to deal with too large a number while under time pressure, so back to basic arithmetic.  It took a little while for me to put things into an easier way for my brain to cope with these figures.  The solution I found was to consider the level of intensity I could identify quickly with obvious markers.  This left me with just five numbers to deal with initially, and then to just double the number to give the answer within a reasonable time span that would be acceptable, and has stood me in good stead ever since.

The basic levels of identifiable pain are as follows:
On a level from 1 to 5, where 0 is free from and 5 is highest-

1= background level, not generally noticeable until I stop thinking.
2= Hi, I'm your headache and I'm still here.
3= OK, your not going to ignore me, I'm going to interfere with your working drastically.
4= Ha! that's it, now you can't do anything but sit there dumbly.
5= back to bed, close eyes, go off world.
At any time I was experiencing a level of pain that would not fit into one or the other category I would just add a half before doubling the figure for a final answer to give. 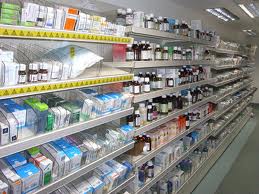 Painkillers, pills, tablets, Bit of an unknown there.  Many years ago I would have just taken a tablet or two and within 20-40 minutes the headache would have been forgotten and you Just get on with the day job for 4-8 hours until the tablets wore off.  Since Encephalitis I have found this not to be the case.  Despite taking medication it seems as though it would just hold the pain at the level it is at, although not guaranteed.  It is almost as if they no longer have an effect on pain reduction, and I was getting through quite a few pills.  When I related this, the neurologist was quite concerned at the number I was taking and from that I have almost stopped self medicating.  This seems to have made no difference to the level of pain intensity I feel, but I still take some when it reaches level 5, probably for some comfort, almost like a placebo effect.

Now I have slowed down, no longer doing things at a speed or reasoning to a level I'm sure I was capable of achieving before Encephalitis.  It seems to have helped, there are not so many that stop me from doing things or sending back to bed at least once a week.   I am not free of headaches by any means, they are always there, in the background just waiting for me to get a little overly confident so it can bend me down again.

Posted by Lorraine and Richard at 12:38 2 comments: