I am not a trained doctor, or specialist in the field, for me then things are quite straight forward and simple.  Dreams are something everyone haves.  We have several dreams each night but the one we usually remember is the last one, as we come out of deep sleep ready to wake up.  Nightmares are just bad dreams that the brain responds to by waking us up to alleviate the stress it's going through.  Hallucinations is an altered state of reality that occurs, like a dream, but continues despite waking up.  During my first week(ish) under the influence of Encephalitis I had several although I can only remember the latter two of my own accord now.  My daughter reminded me of another and my family talk of one of which I have no recollection at all.  I will relate three here but it is probably the final one, the hallucination, that may be of most interest to the branch of psychology and students when I consider how common the subject matter is to many people I have read.  While the body and brain are heavily under the influence of drugs, such as Acyclovir, and in my case fighting an infection, Encephalitis, that distorts the brains control message at the same time. 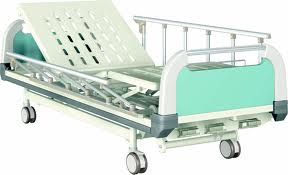 The dream was relatively quite simple in that I did not have to do much in terms of thinking.  I didn't feel as if I was asleep.  I was just lying in a hospital bed, drifting, when I became aware of the hole in the mattress beneath me.  It reached from just below my shoulders to approximately half way down my buttocks, but I couldn't feel the sides.  I knew I was going to fall through this hole and crash onto the floor unless I remained still.  I did not have to persistently stretch my body in aching rigidness so long as I did not relax.  The prospect of hitting the floor and ensuing pain, and difficult position I would end up in kept my attention on remaining in position until I woke up.  It took a while for me to realise that even if there was a hole in the mattress to fall though that the frame of a hospital bed was a mass of bars for raising different sections and  I would not have been able to fall. Strange then that it felt all too real as if I was conscious. The night mare was something quite different.  There was no panic to start with as I more or less understood what was happening.  It was not until the last part that my brain cried enough and woke me.  It started with a scene not unlike the geology of S.E.Asia.  I was on a steep sided ridge, one of many, disappearing into the horizon, all parallel to each other.  The sky was a deep, but not dark, red.  The ridges themselves were the colour of matt purple which, strangely enough, mating pleasantly with the sky.  The ridge line was fairly wide as I was walking along yet pairs and groups of others had room to pass me with space to spare.  These others were grey silhouettes, not flat as I recall seeing some detail of the folds in their clothing.  They were talking and joking amongst themselves as they made their way along to the end.  As we walked along the ridge towards the end slope I was aware of somebody on my right, I couldn't see them nor hear them speak, but understood what they were telling me. 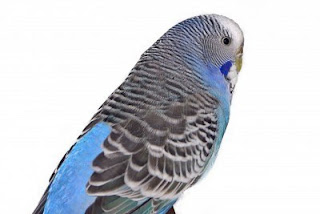 He, for everyone in this was male, told me that what was happening was fine.  Everyone was going willingly and looking forward to it, as was demonstrated in their movement, chatter and laughter.  I, for some reason, was reluctant to follow their lead, this was not something I wanted, not that I knew either way.  As my reluctance increased and my pace slowed more so my unseen companion tried more encouragement, he didn't shout or use profanity yet was quite an insistent fellow.  As I looked towards the people descending the end of the slope I could see some getting further down than others before their transformation occurred.  As they descended they would transform into blue striped Budgerigars and instantly fly up as black silhouettes, wings beating almost in a blur, many tens of them, as more went down the slope.  As I stood still, before I reached the end, my companion was no longer there.  As I stared out my attention was caught by one bird that, within seconds, flew in front of my face and stared directly into my eyes.  It was that close that I could not take in it's entire head in my vision yet remained in perfect focus.  As I stared back into it's right eye, for each is mounted on the side, I could see it questioning my reluctance while at the same time I could see the human within.  Eye contact was not a fleeting glance but held for some time, as it beat it's wings to maintain position  This was not a human shape but human intelligence.  it was at this time my brain said stop and I woke.

It would be all to easy to say this was the night of my big battle, I don't know, but then I cannot say it wasn't.  I am not sure what to make of this, if dreams are to read, just the mind going through distortions from drugs and infection.  All I can relate is that if this is to be, then there is no great shining tunnel of light for me, perhaps reincarnation then but as a Budgerigar, not exactly big wing then. *groan*  Oh how they all laughed and found it amusing that people changed into Budgerigars as I related this soon afterwards.

The hallucination was not the same kind of horror until I thought of the consequences had it lasted much longer.  Yes, I was in hospital, but this was more of a medical establishment.  The ward was layout had altered slightly.  The main corridor was directly opposite my room door and so was the exit corridor to the left, but now the ward was a rectangle, of four corridors with single rooms of each outer side.  The centre was a large walled area of facilities with the nurses station halfway down the main corridor.  The nurses station was recessed into the centre section for while I could see the edge of the desk you could never see anything else.  The walls were no longer emulsion painted plaster beloved of hospitals but large sections of some easy to clean/sterilise plastic. 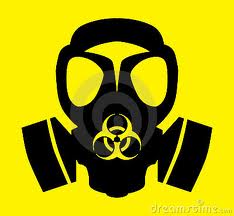 This medical facility was a testing unit.  I hadn't seen the other patients, only doctors and nurses, but we were all guinea pigs.  we were there to be used to trial biological warfare antidotes.  each week we would be infected and then given an antidote.  As things progressed, or not, we would be moved from room to room around the ward until we got back to where we started ready for the next weeks trial, if we survived, if the antidotes proved successful.  As my wife gave me some biscuits I turned to the left to put them on the bed table next to my cup. I stopped.  I had done exactly the same thing last week, and the week before and before that.  This fact struck me like walking into plate glass door, the fact that I hadn't been there a week did not.  Remaining as calm as possible I deliberately placed the biscuits to the furthest side of my cup, requiring me to stretch a little beyond comfort, this I would definitely remember next week confirming my suspicions. 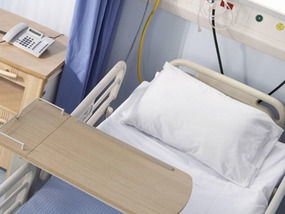 So strong was this alternate reality I would have to make my plans for escape.  I knew I would be hampered by the drip; it would have to go, be left behind.  I was aware that people have ripped drips and things from their arms, but I was going to have to be subtle, Dripping blood from flaps of skin and feeling pain was going to fog my brain.  I could extract the tubes from the cannulas and remove the needles later.  It would have to be done in the quiet hours to minimise the risk of discovery, there would only be one nurse at the station, and I would have to walk at as normal as I could, running would only bring attention.  When I got to my door I needed to turn left and pray no one was coming along that corridor, stairs would probable be better than risking the lift.  my house is just across the road from this place but that would be the first place they came looking.  Could I hide in the bedroom, the loft without being discovered or should I go elsewhere but where,  people may realise who or what I am, report me and my recapture would be imminent. Should I seek the inclusion of my wife, No, for she may inform the staff believing it to be in my best interest and they would stop me before I get going, or she may accidently give them clues as to what I knew and was planning.  This I would have to do on my own.  I continued to review and refine things over the next 24 hours until all thoughts of this left my mind and I re-entered reality.

I have read of many incidence where patients have torn drips and things from their bodies before, and then managed to run through windows, off balcony's or hospital roofs,  indeed, I had a good work colleague and friend who managed to do this some years before, and no doubt there will be cases to come.  The real issue with this is that it is not really an alternative reality for the patient, it IS reality, this is what is happening in real time and you have to do something to escape the situation. Whether this recount helps psychologists or students I don't know but that's there for you to consider.

I still have thoughts of the nightmare and hallucination cross my mind fairly often, not every week but they must have been imprinted on my mind in a substantial way.  I do not think I will ever leave them behind, they may fade in time but every so often something seemingly unconnected triggers one or the other again but at least I recognise them for what they are, even if I don't understand them.

Posted by Lorraine and Richard at 11:08 No comments: